HAUNTober has begun in Moundsville providing a plethora of thrill, chills, and experiences! The Former West Virginia State Penitentiary continues to evolve and has added another attraction to its repertoire. This year signifies the 20th Anniversary of Tourism at the Penitentiary provided by the Moundsville Economic Development Council. This spring the MEDC developed their first escape room game called, “Escape the Pen: The Execution.” Kicking off the haunted house season, the developers wanted to expose the 10,000 plus annual visitors to the escape room craze that is sweeping the nation. The creative masterminds behind the prison, no pun intended, developed “Pappy Tom’s Cabin: The Hillbilly Escape,” a 5-minute escape game for up to four people. The premise behind this escape game is to find the last jar of moonshine before someone loses their head. This is a perfect activity to challenge your friends and family while waiting on your turn for the Dungeon of Horrors. 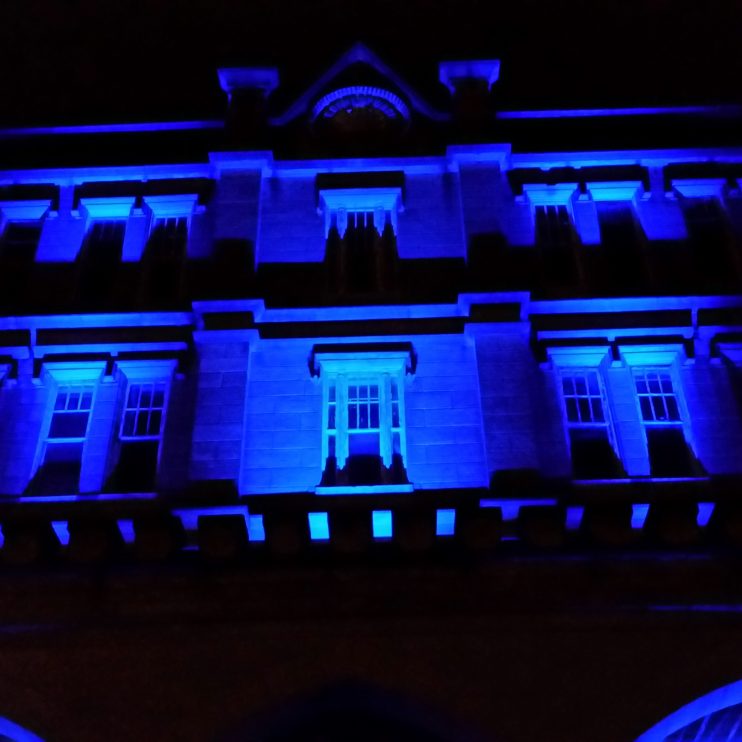 The Dungeon of Horrors is the scariest place behind bars and striving to become more impressive each year. Annually the designers research, go to haunter trade shows, and hold creative think tanks while building upon the previous year’s achievements. Come get locked in a cell, travel down eerie hallways, and get sized for a casket in the Dungeon of Horrors. The actors will not touch you if you do not touch them, but we cannot account for the ghostly apparitions if they have effects on your psyche.

For those that are into the paranormal or just curious about those ghostly apparitions, try the Paranormal North Walk. This guided hike will take you through a flashlight tour of the oldest part of the Former West Virginia State Penitentiary. This area is known as a paranormal hotspot since this location contained the majority of the most barbaric behavior. The North Hall housed the most violent and murderous individuals that potentially still roam the halls.

Are you a zombie shooting fanatic? If so, try zombie paintball after the Dungeon of Horrors or enter through the South Wagon Gate to splatter some paint and brains. Shoot live zombies from stationary guns that are within a containment area. No threat of zombies breaking the barriers or firing back in retaliation. The containment area is completely covered by black light providing impressive tracer fire and target specific special effects.
If the Haunted House adventures and the escape rooms don’t tickle your fancy, make sure you check out the Zombie Paintball. Zombie Paintball can be accessed through the South Wagon Gate or when exiting the Haunted House.